Home » Blues Rants » How Our Family Became a Blues Family

How Our Family Became a Blues Family

I originally wrote this story on October 11, 2017. I wanted to share it again since the Blues are on the verge of hoisting the Stanley Cup if they can pull off one more win. I’ve added some more info at the end of the story from this season.

I’m sure there are lots of great stories about other families. Feel free to share yours in the comments below.

50 Years with the Blues

When the Blues came to St. Louis in 1967, I was 3 years old.  My dad was remodeling our old farmhouse, working in the attic in the evenings. For some reason, he started listening to the Blues games on KMOX while he worked. 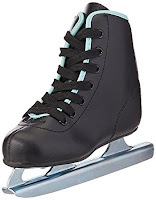 I don’t know what he liked about hockey so much.  To my knowledge, he hadn’t ever been to a hockey game or played hockey.  But, he followed religiously.  By the time I was 4 or 5 he bought us our first pair of skates.  They were “double runners”.  You’d have to stop every few minutes and clean out the ice that got stuck between the blades.  We started skating on the lake next to our house every time we could. It seems like the lake froze over a lot more back then. 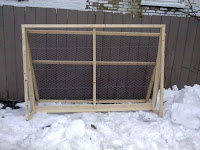 We started off with skates and sticks and dad built a couple of nets out of 2×4’s and chicken wire for netting.  Eventually, we had helmets and elbow pads, but we never had the “full gear”.  I remember dad wearing the old volleyball knee pads on the outside of his coveralls.  We didn’t care what we looked like.  We just loved playing hockey.

We got some of the neighbor kids skating so that we had enough to play games. Dad was a school teacher, so when we were out of school for bad weather, he was home too and we have lots of great memories of skating and playing hockey while we were growing up.

We never had a lot of money, trying to raise 4 boys on a teacher’s salary was kind of tight.  And living 90 miles from St. Louis in Southern Illinois made it tough to get to the games, but dad managed to take us to a game or two each year in the old arena and later on called “The Checkerdome.” We have a lot of great memories from those days as well.

Fast forward 50 years and we are still all hockey fans.  So are our kids.  And EVERYBODY is a Blues fan.  Each year, we try to take dad to a game.  Last year, during the 50th anniversary year, 10 of us went to a game.  We had 3 generations of Blues fans there cheering on our team. That’s us in the photo at the top of the story.

At the games, I catch myself just watching my dad.  When the Blues are making their way out of the tunnel to the ice he starts cheering and clapping, screaming “LET’S GO BLUUUUUEEESSSS!”  He gets so excited it’s just as much fun to watch him as it is to see the Blues come out. He’s 79 now and I don’t know how many more times we will have to enjoy this great tradition.

I hope he gets to see the Blues win a cup.  It would really seal the deal for him, and all of us.  But, no matter the end result, being a Blues family has brought us lots of great memories and gives us one more reason to get together and brings us closer as a family.

This year, 2019 dad was at the game with my brother when the Blues set a franchise record and won their 11th straight game. I posted the video on twitter of dad cheering after the game. It got over 20k views. Here’s that video.

My dad is a lifelong Blues fan. He is 80 yrs old. I don’t know if I’ve ever seen him as happy as he was after the win last night. Watch his face. #stlblues #TORvsSTL @bluesrantscom pic.twitter.com/QZDikYVsyb

Now, 52 years after the Blues first became a franchise, on Sunday night I have tickets to game six of the Stanley Cup Finals and I am taking my dad to the game. We have the opportunity to see the Blues hoist the Cup for the first time ever in franchise history if they win.

Someone suggested that I could sell my tickets for a lot of money, and cash in on my good fortune since I have tickets to the game, and since my season ticket pricing is significantly less than what the tickets are selling for now. I told him that I’m going to cash in by taking my dad to the game and make a memory that money cannot buy.

4 thoughts on “How Our Family Became a Blues Family”